To me Triathlon is like a Decathlon. You can not be good at one of the disciplines and still expect to do well in the event.  Decathlon is basically a running, jumping and throwing event. Where as Triathlon is swimming, cycling and running.

Yesterday the Swedish Triathlon Organization announce Team Sweden for Worlds in Long Distance Triathlon in Motala in June next year. 20 of the spots were already taken at this years Swedish Nationals on the same course leaving only 10 spots left for the rest of the M40-44 to apply for based on results. Even before I submitted my application I knew that I only had an outside change to be chosen.  In my age group I would like to think people consider me to be good swimmer, average cyclist and a bad (slow) runner.

The selection committee was going decide based on:

The wild card was that if you had a very good result from one of the later categories it could weigh more than the ones above it. Everyone selected was so much better than me! Eight of the ten have an IM time between 9:33 and 10:15 (Compared to my 11:24). The remaining two have Half Ironman times of 4:18 and 4:26 (compared to my 5:05). Some people may think I am being hard on myself, but when nearly all of my traithlon friends are really good,it is hard not to set the bar high. I have 17 friends that made the cut!  So it will be so much fun to follow the race either live in Motala or with online timing.

I sent an email to Team USA about a spot on their team in 2015 since Motala is only 3 hrs away, but that is even less likely to happen. In the US, there is no selection committee, just a qualifying race.  I just read that the 2016 World Championships will be held in Oklahoma City.  That’s a 5 hour drive from my parents.. Now that I know what is needed from me in order to be selected, it will serve as my motivation during this winters training and next seasons races…

ps my Ironman helmet arrived last night and it looks good. Looking forward to the Superloppet on the 11th of Oct. 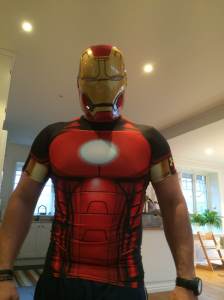