Yeap, you read that correctly, the Viking is a 42+km OW race, where the + is because the actual swim distance is not a straight line.

Back in 2011 I remember reading on facebook how a few swimmers swam 21+km together.  They started swimming together and stopped a several times for energy breaks and waited until everyone was ready for the next portion.  I kind of remember that it was only the last section of the swim that they actually raced.  The times are not posted on the website, but I think the winner swam around 7:40.  I thought to my self, I need a motivational kick in the ass to step up my swimming, so when they opened the registration for the 2012 race called Vidösternsimmet I was happy to sign up.   I stepped up my swim training, and managed to swim in roughly 6:40 and won that year.

Later in March 2013 I swam the 1500m free in 18:56, so I was on top of my swimming.  I registered again for the 2013 Vidösternsimmet. That same year I started my Ironman training, but managed to swim just under 6 hours thanks to a french guy who was just a head of me who finished in 5:53.  We were tied after 17km, but when I swam into some shallow area and lost contact with him, I decided to just finish the race and protect my second place.  I am one of few swimmers that can say they beat Ted at Vidöstern.  He managed to finish in 6:02. It was thanks to his long breaks on the feeding stations that I beat him. The next two times Ted swam he was down around 5:20 and 5:10.

Since then I swam that race three more times.  My third swim was in 2014 and I managed to go under 6 hours again, but finished 6th.  After a few years break I was back in 2018 but this time I raced with out a wetsuit.  I finished 3rd in my class with 7:33, 27th overall.  It was great to see one of my best Masters swimmer, race hard and finished in 6:11.  He started talking about whether or not he was motivated to try again to break 6 hours.  But in December 2018, another one of my swimmers decided he was going to give it a try, that in turned got another swimmer to register.  Which then caused Hampus and myself to sign up for 2019.  Four swimmers from my Masters group.

Early in 2019 at a pool meet I heard a rumor that there was talk of making the race twice as long.  The idea was interesting, but I never read anything about it, so assumed it would not happen.

In 2019, I managed to swim in 6:06. About 24 minutes faster than I had hoped, and 7th overall.  it was a good day.   Once my daughter decided she wanted to do the swim in 2020, I naturally had to register myself as well. Since then six additional swimmers from my team have registered. Eight in total!! 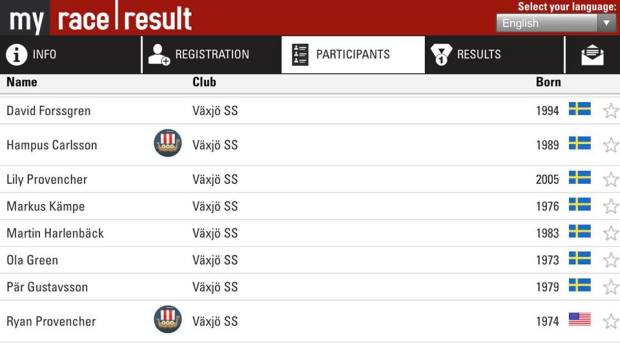 Then on September 20th I got a private message about the first Viking race that would be 21+21km, or a marathon 42km.  It didn’t take long for me to answer, where to I sign up. On Oct 6th it was made official that I would be one of the 14 swimmers that will get to test this new race.  What an honor, what a challenge, what the hell was I thinking….

Its going to take more dedication from my side to not miss swim training and to make sure that I get in more long distance swim this summer and not wait until 2 weeks before the race to really swim long.  The best part is I will not be alone.  Hampus will swim the Viking with me, and then we have six friends swimming the second half with (or against) us.  which will make winter and spring training more interesting.  As soon as the water temp in the lake is up around 10C  (50F) I will have to bite the bullet and swim outside. But I will start my OW swimming on the 1st of May no matter what the temperature is.