For nearly four years I have been sitting on a tattoo design, waiting for the right time to get it inked. It was a fun process. I got in contact with an artist Jeff from Pirates Ink Tattoo through my brother. I told him I wanted two Choi in a yin-yang and that it was to be a cover up.  After just a day or two I got this sketch. 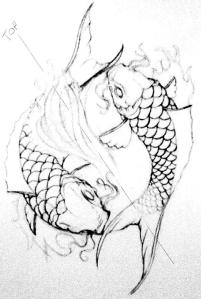 Wow, I thought. This guy is good. Ok, lets add some color. So using paint I added some color to the Choi to give Jeff a better idea of where I wanted to go with it. It wasn’t pretty but I was hoping he could work with in. 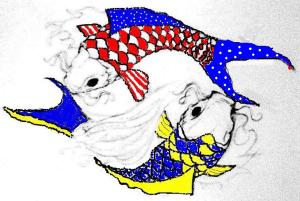 Again after a few days he came back with a layout. We talked about the colors and the differences in making drawing and tattooing, shading and a lot about the stars. I got even more excited. 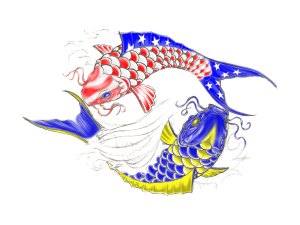 The next step was to work on the cover up part of the tattoo. I sent him a picture of my existing tattoo, he did a mock up for the sizing and it felt like it was the right size. 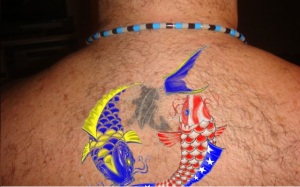 Then he added water in and around for the cover up making a perfect tattoo. It represents me and my move to Sweden. 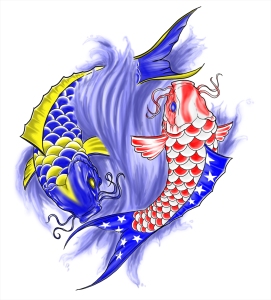 But during this time Jeanette was pregnant with our third child. I had gotten a tattoo for Lily, but was not sure I wanted to get two more small tattoos for Iris and the future Viola. So I talked with Jeff about either only have three stars on the dorsal fin or adding something for the three girls. Since they have flower names we decided to go with three flowers. Below is the final design from 2011. 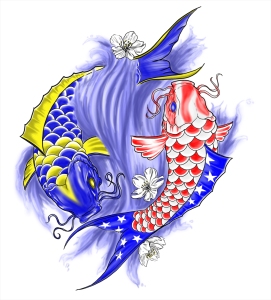 The toughest decision for me wasn’t placement but sizing it.  I knew that at around 8-9 inches it would cover my existing tattoo, but how would the details be, maybe I need to go 10+ inches. I ordered a temp tattoo online to get a feel for the size. The coloring wasn’t 100%, the details great up close and the size did the job. 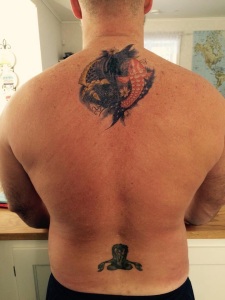 So I get to Old Sailor Tattoo early and talk to Macke about sizing and options, but still keeping it a cover up, but also my concerns about the colors blending. After a few minutes we came up with this, I think it looked better bigger. 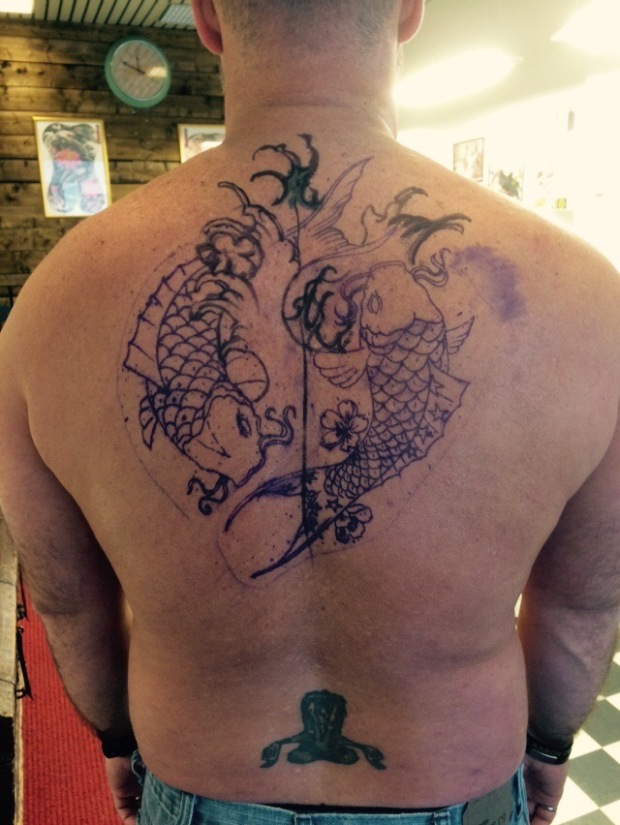 Since the modified design was nearly twice the since we ran out of time, so I’ll have to go back for the coloring. But I’m really happy with the progress so far. 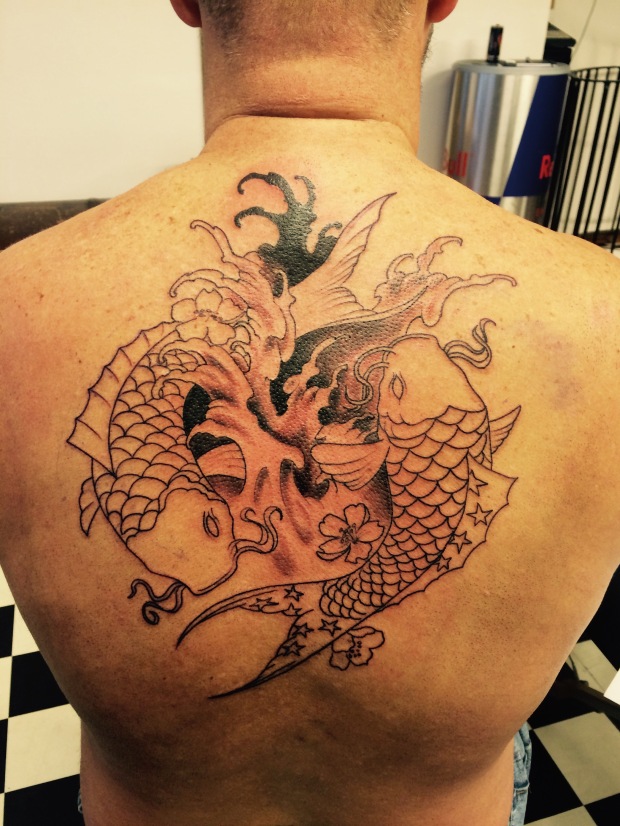 Ps I’m sharing with all of you before my wife 😉 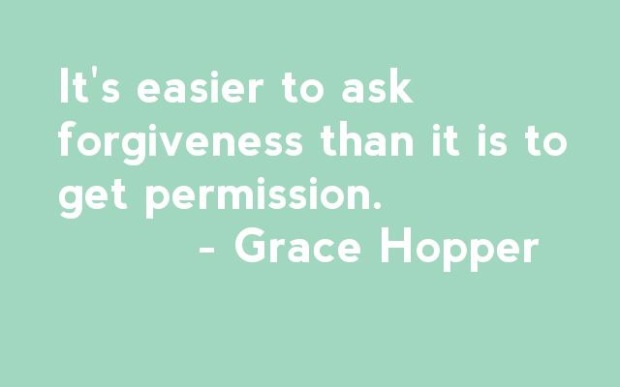 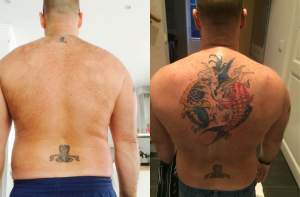 Me: Iris help me not to get any chocolate today.
Birthday Dinner with Jeanette
They say a picture is worth a thousand words.
Hej Växjö kommun